We also still have a large collection of Harriet’s drawings and prints which we like to promote for sale. 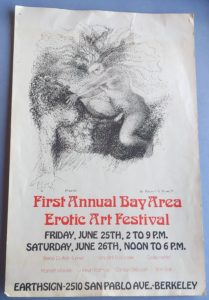 Her name and her collection’s March drawing was featured on the original posters advertising the event in the Bay Area.

“…In this collection of prints, Twelve Months of Rapture, I have attempted to express the closeness of passion to cosmic rhythms-the powerful energy of early spring leading through the soft quiet tenderness of autumn, climaxing in an ecstatic winter dance…” 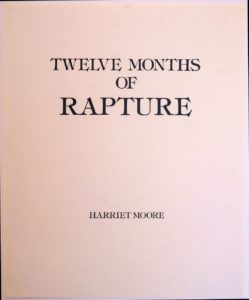 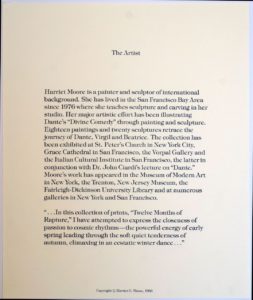 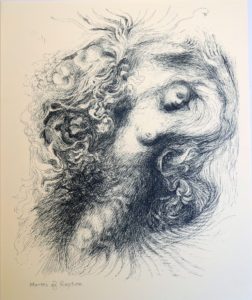 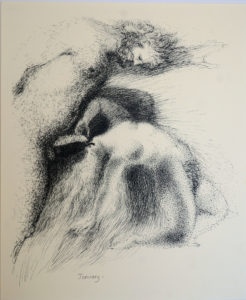 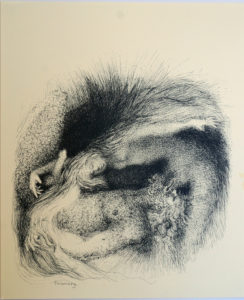 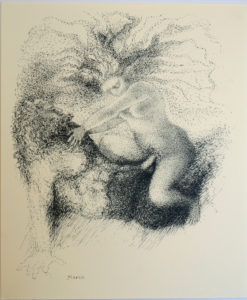 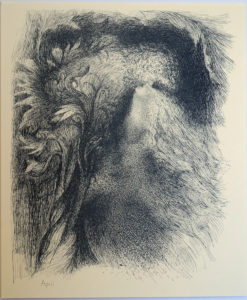 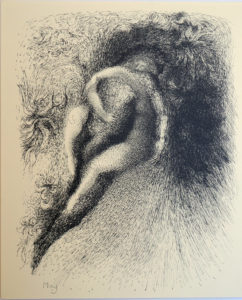 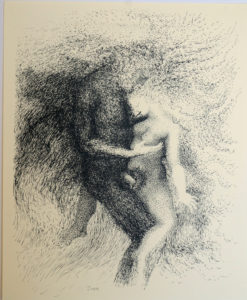 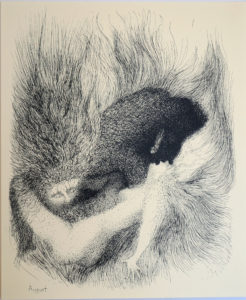 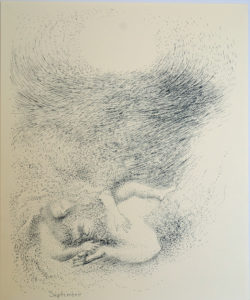 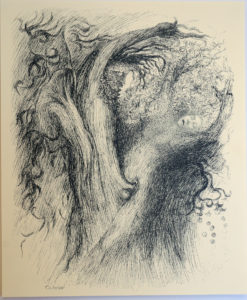 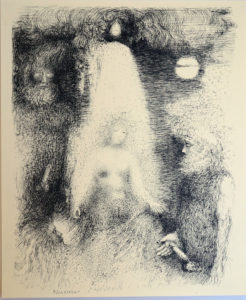 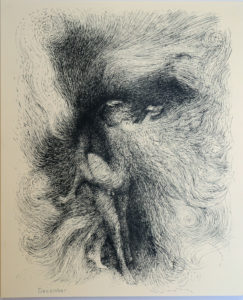 At some time in her life, Harriet suffered from severe depression and received treatment. During that time, she created drawings that reflect on her state of mind during those struggling years. Some might find these drawings interesting in the context of an artist dealing with and overcoming that debilitating mental condition. 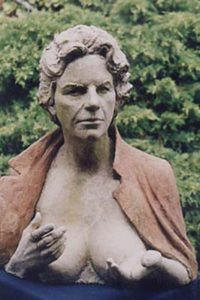 Harriet G. Moore is a renown artist residing in the San Francisco Bay Area. Her media include bronze, terracotta, wood, marble, as well as drawings and prints.